PRAISE FOR STEPHANIE GARBER
Stephanie Garber spins a spellbinding tale
Sabaa Tahir, author of New York Times bestseller Ember In the Ashes on Caraval
Enchanting and mysterious
Renée Ahdieh, #1 New York Times bestselling author of The Wrath and the Dawn on Caraval
Decadent and enchanting
Roshani Chokshi, New York Times bestselling author of The Star-Touched Queen on Caraval
Inventive [and] delightful
Marie Rutkoski, New York Times bestselling author of the Winner's Trilogy on Caraval
Stephanie Garber doesn't just dazzle - she makes me believe
Jodi Meadows, author of The Incarnate Trilogy and The Orphan Queen on Caraval
It's hard not to be enchanted by any tale Stephanie Garber chooses to write, with her masterful storytelling, and her infuriating way of fooling with our pulse rates. A guileless, heartbroken heroine plays with fate incarnate - the bad boy Jacks - in the dreamy, topsy-turvy world of the Magnificent North. Once Upon a Broken Heart casts a spell that you won't soon want to be broken
Stacey Lee, author of The Luck of the Titanic
A wildly imaginative, romantic story where true love and deadly kisses collide and bargains with the Prince of Hearts come with a steep price. Once Upon A Broken Heart is an unputdownable fairy tale where Garber's imagination sparkles like the magnificent North. Readers will delight in each whimsical and thrilling page
Kerri Maniscalco, #1 NYT bestselling author of Kingdom of the Wicked
Shimmering with magic, Once Upon A Broken Heart is a wondrous story about my favorite thing: kissing. Not only is Jacks the swoony villain you've always dreamed about, but the decadent world will leave you breathless
Isabel Ibañez, author of Woven In Moonlight
A dazzling mix of mystery, romance, and magic
Karen M. McManus, #1 New York Times bestselling author of One of Us Is Lying
Stephanie Garber has done it again. Once Upon a Broken Heart is a deadly, addictive, and utterly enchanting fairy tale. Loaded with magic and steamy slow-burning romance, I couldn't put it down
Mary E. Pearson, New York Times bestselling author of Vow of Thieves
Enchanting, intriguing, and delightfully whimsical, Once Upon a Broken Heart grabbed hold of me and wouldn't let go. Evangeline is a cunning heroine, and Jacks never stopped surprising me. I couldn't put it down
Brigid Kemmerer, NYT Bestselling author of the Cursebreaker Series.
A lush and decadent fairytale full of magic, romance, and intrigue with a gorgeous and enchanting new world to discover. I adored it
Katherine Webber, author of Only Love Can Break Your Heart
Dazzling from start to finish. With magic oozing from every page, reading Once Upon a Broken Heart felt like being swept into the most magnificent fairytale. With the perfect mix of whimsy and enchantment, Garber's newest series is not one to be missed
Adalyn Grace, New York Times bestselling author of All the Stars and Teeth
A sugar-crusted, poison-spiked romp through a vibrant world of fairy tale intrigue, tangled romance, and forbidden magic - Cassandra Clare, #1 New York Times bestselling author of The Last Hours
Once Upon a Broken Heart is every beautiful and wicked fairytale - from Brothers Grimm to Hans Christian Andersen to Disney - in one book. It's a story to lose yourself in, a tale to savour as you read, and a book to treasure like the dazzling jewel it is
Culturefly review
The most deliciously moody, romantic, and enchanting tale awaits. Once Upon a Broken Heart is a captivating tale, perfect for lovers of romantic fantasy
LoveReading.co.uk
I found it hard to put down and my panic grew as I drew closer to the end of the book with more questions than answers. I found myself needing the sequel and pouting quite a bit that it's going to be a long wait until we see what's next for Evangeline, Jacks and the Northern Court
Reach Plc (MyLondon)
I love how it takes the age-old trope of true love's kiss and twists it, and I love how the 'deal with a devil' theme is carried out in a fresh way. However, what I love most is the fairy-tale setting of 'the North', which is somehow portrayed as being magical and unusual, yet also as normal real life. It produces a whimsical backdrop with sharp-edged undertones that perfectly complements the main character and her tangled situation
British Fantasy Society
Trust us when we say that no one does magic like Stephanie Garber
Magic FM Book Club
An explosively rich fairy tale that takes place inside an intricate world that's weaved with fast-paced plot and intriguing twists
BuzzFeed
Stephanie Garber has woven a dark and mysterious fairy tale. Powerful storytelling that will have you guessing, gripped and astounded
Armadillo Magazine – Autumn 2021
Fans of YA fantasy may recognise Garber's name from her immensely popular series Caraval, and this latest adventure has all the fantastically wicked stylings of her usual twisted fairytale-esque storylines. An atmospheric read, fans of Holly Black will adore this dark, seductive and glittering world that seems simultaneously beautiful and dangerous...
SHEmazing!
Delivers all the Machiavellian intrigue of a mediaeval court wrapped within the warm, comforting trappings of a fairy tale
ParSec Magazine
A captivating tale
Woman & Home
A pitch-perfect fairytale - and one that should be savoured
Culturefly - Best Books of 2021
A captivating tale from the number-one bestselling author of the Caraval series
Isabelle Broom, womanandhome.com, Best Fantasy Books of All Time

Once Upon a Broken Heart 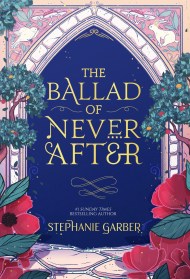 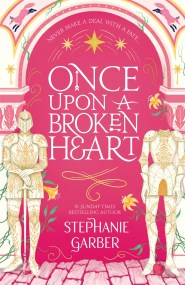