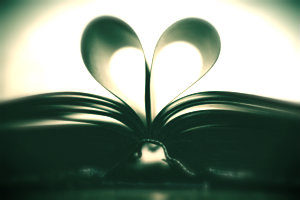 What were our favourite reads this month? Read rave reviews from Team Just Write.

Wolf by Wolf by Ryan Graudin

Set in the re-imagined aftermath of a Second World War won by the Nazis, a young Jewish girl used as a Guinea pig in a concentration camp survives to play a key role in the resistance. The sci-fi element to her character, directly linked to her camp experience, is very original and despite being implausible in the world outside the novel, seems to make perfect sense whilst immersed. A twist at the end is like a bullet from a gun and thank goodness a sequel is imminent. Wolf by Wolf is aimed at a Young Adult audience but suitable for anyone.

The Icarus Girl by Helen Oyeyemi

Helen Oyeyemi is fast becoming one of my favourite writers. This is a beautifully haunting story about identity and what it means to be born of two cultures, but struggle to belong to either. The Icarus Girl has roots in magic realism and more than a drop of darkness stalks its pages. The book features a vividly-described Nigeria, a well-drawn extended family and a creepy and violent child who is definitely not all she seems.

I’m very much cut of non-surfing, landlubbing cloth, but I was captivated by this memoir. It is more or less a chronological account of the author’s quest for waves from a childhood and adolescence in California and Hawaii, life-changing travels though Fiji, Australia, South Africa, Madeira, to the frigid, winter waves near Manhattan in his 60s. However, it’s also as much about life, obsession and discovery as it is about surfing – be warned – this will give you a serious case of wanderlust.