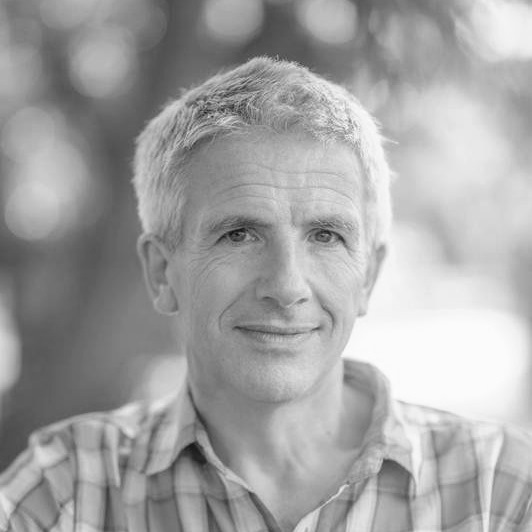 How do you decide whether to write in first, second or third person?

I’ve always written in the third person and the past historic because that was the narrative convention in most of the fiction I grew up with so it feels natural. Like most writers, I’ve experimented, often in private or when teaching writing courses, and I’ve reached the conclusion that I like my readers to be so drawn into my imaginative world that they’ll forget they’re reading. So, when rewriting, I now try to cut out anything in my prose that draws attention to itself. How I usually describe this is aspiring to a prose style that’s like a sheet of utterly clean glass. Another reason for preferring the third person is that I’m often drawn to write narratives where two or three viewpoints are in play; having multiple first or second person voices could rapidly become confusing. And confusion is another way of reminding a reader that they’re reading.

How do you evoke a narrative voice or style?  What are the challenges?

I think it’s all about accuracy. I spend an awfully long time with each project, up to a year, not writing much more than notes and aides-memoires for myself until I reach the point where I absolutely know who my new characters are, what their world is and how they live in it. Ideally I don’t start writing until it no longer feels as if I’m making things up. Rather, I like writing to feel like the striving for an utterly accurate record of a pin-sharp memory. The challenge is that this makes me rather hard to live with when I’m writing, because I’m so busy crowding up my head with these confected ‘memories’ of imaginary lives that I become terribly absent minded and preoccupied. It can seem like a willed nervous breakdown. It can also make it very hard either to reach the point of committing a version to paper, or the equally hard point of admitting that it’s time to hand the manuscript over to my editor. But my rule of thumb remains that if it still feels like making things up rather than simply being accurate, then the ideas for the story haven’t been maturing for long enough in my compost heap of a mind.

How did you find your writing style?

I always tell writing students that the best writing tutors are other people’s books, the good and the bad, and that the best course of writing study is one of intensive, analytical reading. I realise now I was incredibly lucky to grow up in a house of readers, to have a succession of truly inspiring English Literature teachers through my teens and then to spend a gap year and three glorious years at uni reading my way through pretty much every novel of worth published before 1930. I wasn’t planning on becoming a writer at all – I wanted to be an actor – but when I stumbled into writing for a living, I realised I had this luxury of a mental library to draw upon. There are occasional ingenuities and originalities but basically there are no new plots and no new styles and it’s bootless to try coming up with any. Instead, I think most of us begin by copying the writers we most admire and then gradually acquire a voice that is a close fit for our own way of thinking and feeling. Effort is rarely a digestible read. Whenever I’m obliged to look back at my earliest novels, written when I was fresh out of uni, the effort on the page is all too obvious – the literary equivalent of showing off – but I can see it was a necessary stage to be lived through and written out.