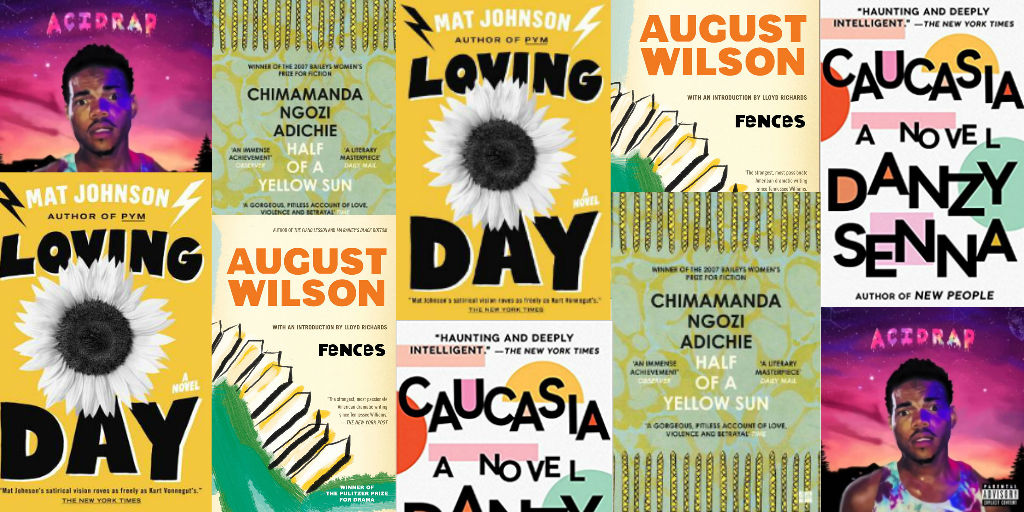 Black history month often focuses on, and rightfully so, the struggle for equality and justice, but this short post is a simple celebration of some black literary giants (at least in my eyes). Though, I admit that their work is hardly apolitical and, in truth, the work of black artists, could never, would never, and will never exist in a vacuum apart from the societies they were incubated in. Here is my list:

Mat Johnson– this pick is a personal favorite for the way he writes unequivocally about the mulatto (and yes we use the word intentionally) experience with humor and heart. When so many other mulatto writers and artists at large pick a side and stick to it, Loving Day is a hit about exactly this, Johnson is in the trenches doing the tough work of wading through the marsh of bi-racial, tri-racial, multi-infinite-racial madness.

August Wilson is also high on my list. Considered by many, and me, to be the best American playwright, his most well known play, Fences, has recently been turned into a Hollywood flick, produced by none other than Denzel and co-stared by the brilliant Viola Davis. Everyone should also be hyped about the rumors that the Wilson’s whole Century Cycle might be made into film … by none other than Denzel. Wilson’s monologues stand at the intersection between tough talk and poetry. They are as honest even when it hurts and continue on in their vulnerability when others retreat to safer waters. Here is a link to free audio of star-studded casts reading Wilson’s famed Century Cycle.

My next pick Chimamanda Ngozi Adichie also hardly needs any introduction. While we Americans sometimes lack the nuanced appetite to appreciate international aesthetics, Adichie’s work rises above.  As with many other writers born out of the Nigerian/UK tradition, she is a master of sweeping, all-encompassing, family/societal sagas. Half of a Yellow Sun is my personal favorite, but I have admittedly not read Americanah. I often find myself equally taken with her media appearances. Here is a link to her 2009 TED Talk, “The Danger of a Single Story”. It discusses stereotypes in literature and urges us never to consume only one narrative about a place, sentiments I feel to the utmost.

My fourth pick, Chance Bennet, better known as Chance the Rapper, embodies Adichie’s ideas about story. His narratives about his hometown, Chicago, both acknowledge and subvert stereotype. He is opening up lanes for new voices in an industry that often struggles to endorse variety. If you are a new listener, start with “Paranoia”, and then work your way through the whole tape, Acid Rap.

My final pick, for the sake of time, (I’m leaving so many of my favorites off the list) is Danzy Senna. Her first novel, Caucasia, is expansive and searching in a way that is reminiscent of the international tendency towards saga, but with something incorrigibly American. I don’t know how much of it is taken from her life, but its care and tenderness suggests an intimacy usually only found in memoir.

Please bear in mind that the overwhelming number of Americans on the list are due to the fact that I am a product of my environment and nothing else. They are mostly contemporary, which means they are still making black history and there is a beauty in that for me, though history of course echoes. Also, so many giants, titans, lions, have been left off the list for the sake of brevity. Even now as I search for a concluding line, names are surfacing like answers from a magic 8-ball. May diversity in art continue to broaden, may we always flourish in creative survival, and may we never forget to acknowledge the heat being made in our own communities.