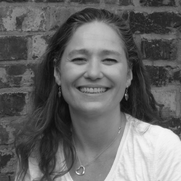 For me a sense of place is hugely important and is the thing that lets me get lost in a book. My imagination needs smells and colours and sounds to add texture and depth to events being described. The question is, how is this achieved? It needs to be done with subtlety. There is no place for purple prose in any part of a book and similes should be treated with care, but a carefully placed adjective can make all the difference. The first paragraph of BLEAK HOUSE breaks all the rules; Dickens starts with the weather but does it with such skill that we are slowly immersed in the London street. We can see, hear, touch the November day, the true misery of which is conjured with the brilliantly deployed ‘Implacable’ in the second sentence:

‘LONDON. Michaelmas Term lately over, and the Lord Chancellor sitting in Lincoln’s Inn Hall. Implacable November weather. As much mud in the streets as if the waters had but newly retired from the face of the earth, and it would not be wonderful to meet a Megalosaurus, forty feet long or so, waddling like an elephantine lizard up Holborn Hill. Smoke lowering down from chimney-pots, making a soft black drizzle, with flakes of soot in it as big as full-grown snow-flakes — gone into mourning, one might imagine, for the death of the sun. Dogs, undistinguishable in mire. Horses, scarcely better; splashed to their very blinkers. Foot passengers, jostling one another’s umbrellas in a general infection of ill-temper, and losing their foot-hold at street-corners, where tens of thousands of other foot passengers have been slipping and sliding since the day broke (if the day ever broke), adding new deposits to the crust upon crust of mud, sticking at those points tenaciously to the pavement, and accumulating at compound interest.’

We now know where we are and when, and are then taken on a journey of linguistic virtuosity. Simile follows metaphor follows fabulation, giving the grimness of the weather epic proportions and – almost as an aside – delineating and defining the landscape of the novel. By the time we get to:

‘Thus, in the midst of the mud and at the heart of the fog, sits the Lord High Chancellor in his High Court of Chancery.’

we are invested and we understand the nature of the fiction we have embarked on. The author has given us the correct register and his filled our thoughts and senses with all that relates to the world he has created.