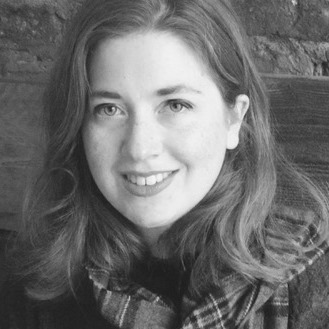 You could spend your entire career as a writer describing the mug of coffee that (I imagine) sits on your desk as you write. You could begin with a description of its size and shape, its scent and taste, its changing temperature. You could move on to a history of the mug: this one in particular and also mugs in general; ceramics more broadly; the culture of their manufacture; consumerism; capitalism. If you were so-minded these details could fill volumes. You could then do the same for the coffee bean. And so on. If your writing contains a character or two (as it probably should, if it’s a novel), you could then link these observations to their diets and desires; their lives and thoughts and impulses.

Fiction writing contains the potential for limitless detail. In this regard it is unique, or at least particular. Other media are constrained in their descriptive scope. Film is limited by the camera’s field of focus and the limits imposed by the physicality of the setting and by the human body. Theatre is likewise constrained by these material concerns. Whether performed in the round or within a traditional Proscenium Arch, the production is enclosed and the writing must anticipate this.

I am not saying that you should wax lyrical about your coffee mug; simply that you could. The form itself imposes no limits on detail; rather, your own patience and that of your reader determine how the world of the novel takes shape.

When I was writing Elmet, I spent a lot of time altering the level of detail in any given passage. Part of this was about trying to create a certain level of suspense, another part was deciding how much control I wanted to exert over the story. I tend to prefer books that allow the reader to make some of their own decisions about the interior lives of the characters and provide details from which the reader can extrapolate.

My influences for Elmet were not only literary but also cinematic. By this, I mean that I deliberately imposed some of the aforementioned limits to detail found in film on my writing. I remembered the famous lines from the beginning of Isherwood’s Goodbye to Berlin: “I am a camera with its shutter open, quite passive, recording, not thinking.” When it came to describing the landscape in which Daddy, Cathy and Daniel build their house, I tried to rotate the perspective, focus and distance of observation, much as a lens does. This, I think, was particularly the case with my approach to the first chapters of the novel. I tried to establish a sense of the place from a distance, then at very close range, then the view from inside the house, then within the copse, then from the perspective of a roving hare, with its watchful amber eyes.

When it came to character details, I tried to be sparing. The only voice we hear during the novel is that of Daniel, the narrator. Anything that is thought or felt by Daddy or Cathy or any of the other characters, therefore had to be implied rather than stated. This meant that it was necessary to map out the details of which I wanted the reader to be aware then discover how best to convey these details indirectly. In a way, it was a bit like creating two parallel texts at the same time: you construct a detail then you encode it.

A novel is a collaborative event. The writer offers certain details; the reader does the rest.