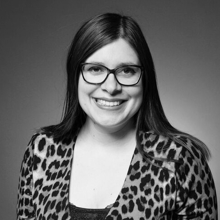 One good exercise for coming up with ideas is to look at existing novels and plot synopses, and to change one element about them, and then see how that might change the novel entirely. Think how different Harry Potter might have been if Harry was a girl. Imagine how Twilight might have changed if Bella had been the vampire rather than Edward. How might The Hunger Games read if Katniss was fighting alongside her sister, rather than her love interest? These are all small changes, but actually, they integrally change the face of the story. Changing the setting, the gender, the race, the world can all tip a story on its head and make what might seem a tired idea suddenly come to life.

Don’t get overly hung up on whether your story idea feels completely original. Society has been telling the same stories for generations – and with one small twist, and with skilled writing, even old themes can feel fresh and new.

One of my favourite theories about the creative process is focused on the art world, although it applies wonderfully also to the novel writing process, and deals with coping with originality of ideas – or lack thereof.

It was first outlined in a 2004 graduation speech by Arno Minkkinen, and it is known as ‘the Helsinki Bus Station theory’. The theory tells the artist to ‘stay on the bus’ at all costs. There are two dozen platforms, Minkkinen explains, and the buses at each platform take the same route out of the city and at first each bus makes identical stops along the way. So the traveller picks their direction – or the novelist their idea – and sets off along the bus route.

However, a few stops down the line, someone asks them ‘but haven’t you seen this work?’ and the artist discovers that that work shares similarities to their own. At this point it is incredibly easy to observe the similarities and presume that because both works took the same route out of the city, making those same initial stops, that means that both are going to end up in the same place at the journey’s end.

Fearful of treading the same journey as every other passenger, you get off the bus, get in a taxi and head back to the station, only to get on another bus route. But again, after a few stops, the same question is asked and you are back to square one.

The answer is to stay on the bus. Minkkinen explains that after the beginning, when the journeys are identical, the bus routes then start to go in different directions and to different destinations, and that is when the artist finds their unique vision. You have to commit to feeling as if you are treading over old ground in order to ride it out and create something truly unique.