No Dominion gripped me and broke my heart in equal measure
Val McDermid
A gripping debate about politics and ethics . . . brilliantly uncomfortable reading
Scotland on Sunday
A heart-breaking, thrilling, frightening page-turner of a chiller . . . Welsh taps into the fear of what a world is chaos would be like and that fear bursts out of every page
CrimeSquad
A horribly plausible scenario
Sunday Times
A vivid, action-packed journey through a post-apocalyptic world. Terrifying and touching in equal measure, the novel is a love story, an adventure, a road movie, a family drama and a murder mystery rolled into one
The Times Scotland
An excellent depiction of how far and how fast our so-called civilization could fall given the right stimulus
Crime Review
It's a thriller that thrills, but it's also a platform for a wry, spry discussion of civilisation, urbanism and connectedness, human and environmental
Sunday Herald
Most impressive is Welsh's evocative and sharp prose, and her keen observation of the darkest recesses of the human psyche, the stuff that bubbles to the top in times of stress and hardship . . . compelling
Big Issue
Thanks to its disconcerting plausibility and its solid heart, the gripping, immersive No Dominion makes for a deeply satisfying culmination to Welsh's contribution to the apoca-lit genre
Guardian
this gripping, immersive tale makes for a deeply satisfying culmination to Welsh's contribution to the apoca-lit genre
Guardian
a riveting final instalment which rarely stops for breath . . . this final book is arguably the best of the three, tying up all the thematic threads about society and morality in a violent, gripping race against time
The Herald 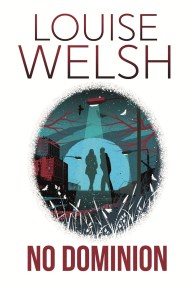 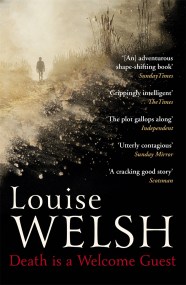 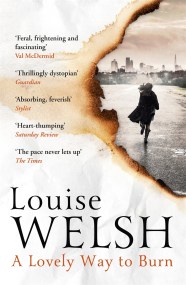