One of my favourite fantasy series
George R. R. Martin, author of <i>A Game of Thrones</i>
One of the main reasons I started writing fantasy . . . Tad Williams' work is an essential part of any science fiction and fantasy library
Christopher Paolini, author of the <i>Inheritance Cycle</i> series
Ground-breaking . . . changed how people thought of the genre and paved the way for so much modern fantasy, including mine
Patrick Rothfuss, author of <i>The Kingkiller Chronicle</i>
Praise for Memory, Sorrow and Thorn
-
This is flawless epic fantasy. . . Williams' grand-scale storytelling mastery is on full display here. Not just utterly readable-an instant fantasy classic.
Kirkus
The Witchwood Crown is very well written, and the author clearly knows how to manage a story this vast without letting any part of it be sacrificed for another . . . Definitely recommend it to readers of epics like A Game of Thrones and The Wheel of Time series
Novelknight
Williams' prose, characterization, and world-building are top-notch, as always, and the return to Osten Ard is so seamless . . . Williams' injects The Witchwood Crown with the same aged and thoughtful writing that gave the original trilogy its trademark air of melancholy, creating a lovely sense of reverberation for those of us who've grown up - and grown old - in this world
Barnes & Noble
'The Witchwood Crown is a weighty, emotional and engrossing launch to The Last King of Osten Ard series . . . I was overjoyed to return to this world, the characters, and the type of story Tad Williams tells with the most skill and gusto
SFFWorld.com
This book had me crying in the first 100 pages and yelling WHAT THE HECK throughout the last third as secrets were revealed, some characters turned out to be duplicitous, and the fates of others were not what I expected. Some of the twists were so surprising to me I had to go back and reread what I'd just read because I almost couldn't believe it!
Unicorn Parade 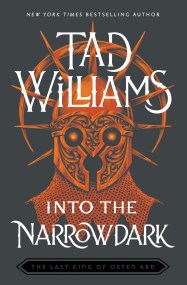 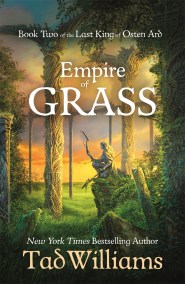